At the beginning of the spring, I promised that I wouldn’t let softball take over my life. I can’t even begin to count how many Saturdays I squandered because I had a game later in the day. 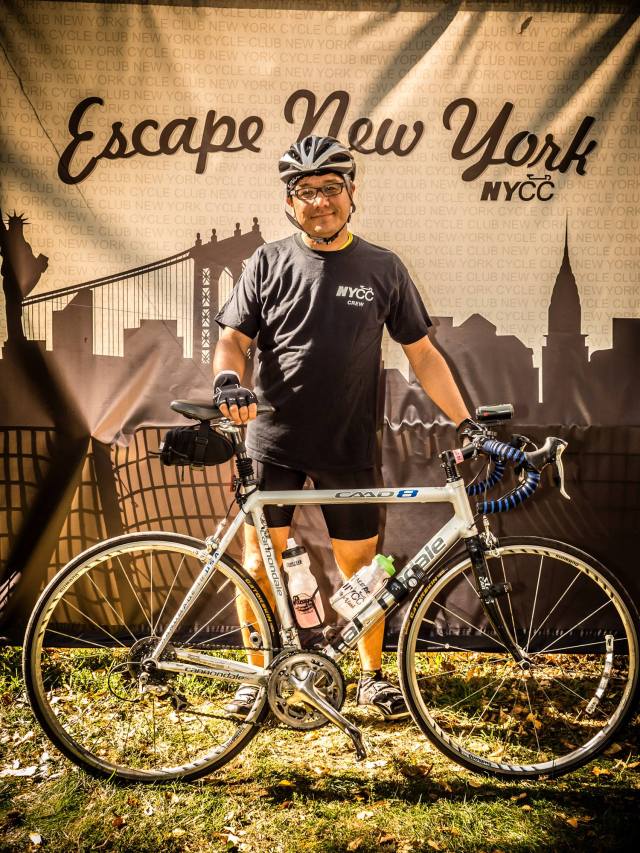 But on Saturday I had a dilemma. I was committed to riding in this year’s Escape New York ride as I was more active with the cycle club than in years past so I felt like I had a stake in this annual event. Moreover, I also had a free entry since I had helped mark the route. I had done the same job for the last few years, but I hadn’t ridden because the Robots were in the playoffs. To paraphrase a line from a movie, the problem is not when your hobbies get in the way of work, but when they get in the way of each other. 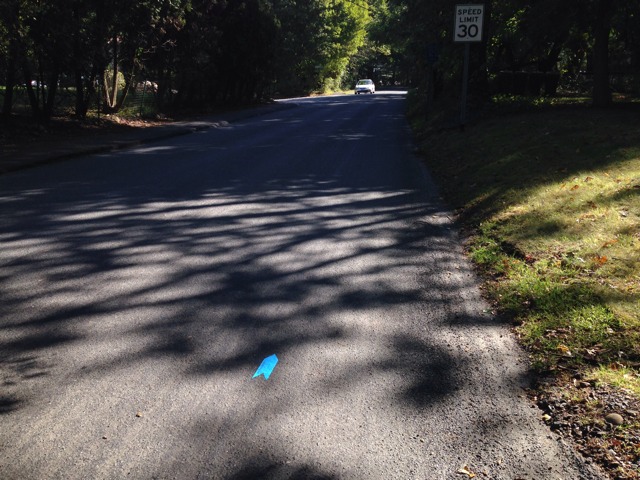 Route marking for the 65-mile route of the Escape New York ride.

This year, I had the same conflict. The Robots were playing a single-elimination playoff game against Matchless at 4:00 PM. As a means to not let softball take over my cycling, I compromised. Instead of riding the full 100-mile course, as I had hoped to do when I was racking up miles every week, I “settled” for the 65-mile, metric century course. That would allow me to finish by 2:30, head home to shower, and make the game in Williamsburg. The appeal of doing a supported ride, such as Escape New York, is that I aim for longer distances than my usual weekend ride. It’s a special occasion after all. And this year, my weekend rides were each about 65 miles long, so this amounted to one of those. Although it had been about a month since I rode my bike, I pedaled from Long Island City to the ride’s starting point at Sakura Park at Riverside Drive and 122nd St. From there, I was feeling especially strong, and managed to maintain a little better than a 14–mile-per-hour pace throughout the entire route, including the slog from Queens to upper Manhattan and the rest of the 65-mile course. I finished by 2:25 PM, five minutes before my goal. I grabbed some food and liquids at the finish line, headed home just after 3:00, showered and changed from cycling to softball clothes, and arrived by 4:15 to fill in as a pinch hitter. By that point, however, the Robots were well on their way to big 20–9 win, and advancing to the finals.