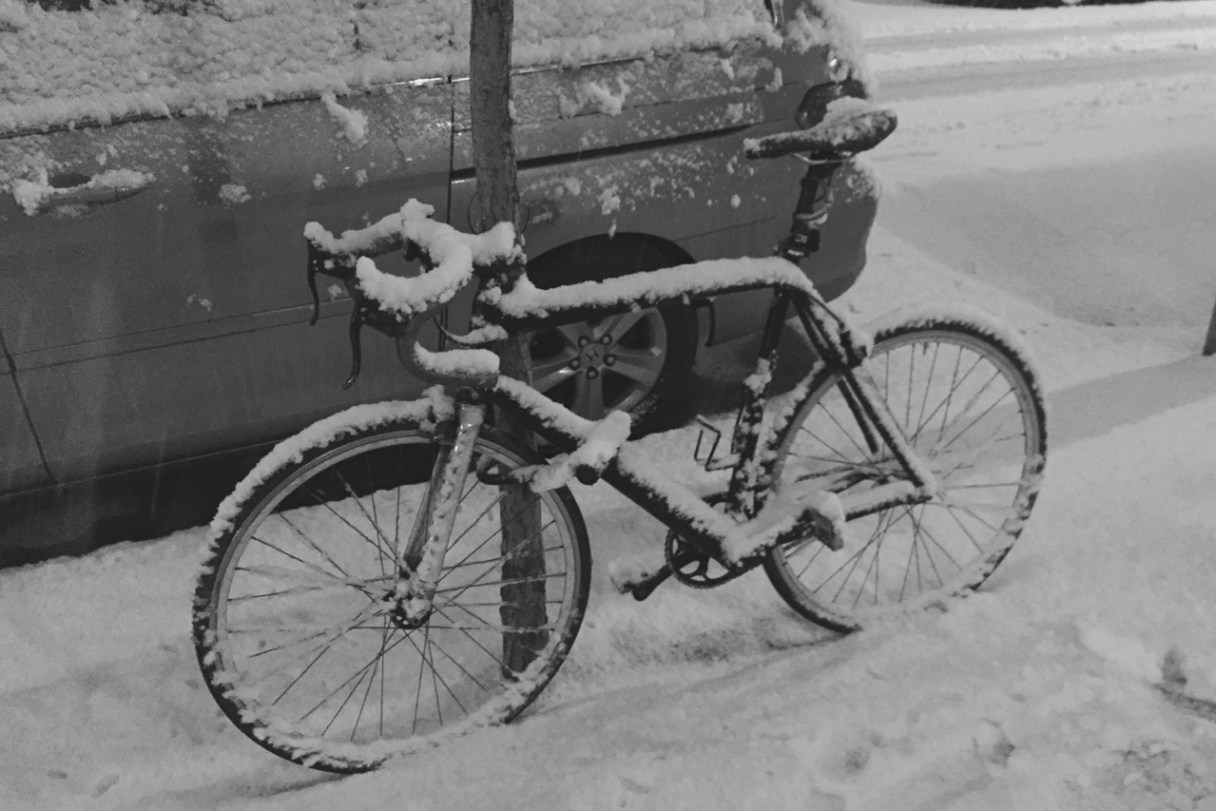 About a year and a half ago, I let my annual Citi Bike membership expire because the bikes never made it to Long Island City, where I lived at the time. Although I left the neighborhood for a different one on the banks of the Newtown Creek, it was more convenient to ride my own bike than participating in the bike share.

A lot has changed in the last eighteen months.

First, the bike share operation was acquired by another company, which has since invested a lot of money in the operation. The software was revamped and improved. Newer and better bikes started to appear at newer and farther flung stations in Manhattan, Brooklyn, Queens, and even Jersey City. After many delays, the bike share was finally available in Williamsburg, Greenpoint, and Long Island City, the neighborhoods where I spend the most time.

Those systemwide improvements were certainly reasons for my revisiting the local bike share, but there were two even more compelling reasons for actually renewing:

In short, I renewed because, for sixty bucks, I now have access to a winter bike for riding on wet or slushy roads. I have saved myself the trouble of buying overpriced, ill-fitting fenders for my single-speed bike, I will ride with better traction due to the wider tires, and I will keep my drivetrain relatively clean. I’m also hoping that bikes will be actually be available, especially in my neck of the woods, as ridership presumably decreases during the colder months.

Of course, this solution has its limits. This past weekend’s historic storm shut down the bike share for five days, and I don’t feel comfortable riding any bike on icy roads in the city.

For those days, I will have to make do with the G train and a Metrocard.

Sign up, and we each get a free month

Telegraph and electrical lines dangle dangerously overhead during the Blizzard of 1888, the blizzard by which all others blizzards are compared.

Between Friday night and Saturday morning, snow fell on New York City. I was out late, and it snowed enough that I had to ditch my bike in a friend’s basement for the weekend. By Saturday morning, there was a nice layer of snow covering the streets. It was just enough to hide the grit and grime of the city streets, but not enough to cripple the city. Many people I spoke to on Saturday rhapsodized about waking up with snow on the ground. To these shiny happy people, I offered these two thoughts:

By Saturday, only the most fervent weather watchers were aware that we were expecting significant snowfall starting on Monday. I knew there was something coming but couldn’t believe that we were in store for about two feet of snow over a two day period with hurricane force winds. Today, it seems, the blizzard is all we can talk about. Will we get an early dismissal? Will our classes be cancelled? Is the city actually shutting down the streets tonight at 11:00 PM?

The answer to all these questions is yes.

The awning of a grocery store is damaged from the weight of the snow during the blizzard of 1888 in New York City. The blizzard on March 12-14 paralyzed the city with about 40″ of snow and winds that reached up to 60 miles per hour, creating drifts as high as fifty feet. (AP Photo)

Although it’s worrisome that the usually dispassionate NOAA warning has qualified this storm as “potentially historic,” my attitude towards these things is pretty blazé. I learned long ago that I couldn’t control the weather, and that it was fairly pointless to fret about rain, snow, cold, heat, hurricanes, etc. Instead of sweating these uncontrollable climatological events, it’s more productive to find a few things to do to occupy my time.

By Wednesday, we’ll all be back to fighting our fellow humans and the elements to get to work. And some of us will be rethinking how nice it is to wake up to snow on the ground.

Back on April 16, snow fell on New York City and deposited enough of the white stuff to leave a measurable accumulation. It was the latest day for measurable spring snowfall in Central Park. The snowfall kind of ruined my commute the next morning. The Queensboro Bridge was covered in slush, and I had to walk my bike across the bridge to safely cross the East River.

Although I don’t take the Queensboro Bridge as often as I once did, the usually reliable Williamsburg Bridge was covered in snow, ice, and slush.

I managed to get to the top of the first incline, but after that, my wheels kept spinning in the ice. At that point, I gave up on pedaling and decided to walk across the remaining span.

I did notice quite a few intrepid cyclists ride the entire way. The Citi Bikes seemed to do the best on the slush. I suppose this is their reward for having to slowly lumber on three-inch–wide tires the rest of the year: they now get to cruise along slushy roads with relative ease. Most people with road bikes and treaded tires did well, too.

But to my surprise, I saw quite a few people on single-speeds or fixed-gears with thin, slick tires ride the entire span. There was even one guy with a kid in a bike carrier seat who rode past me. He was certainly braver than I was: he felt confident enough to carry his child on the bike while I was too scared to scratch or dent my five year–old MacBook Pro cradled in a padded sleeve inside my backpack.

As crazy as it seemed to me to ride across the entire bridge this morning, everyone apparently succeeded in getting over the bridge. There was not a pile of injured cyclist at the bottom of the bridge.

Despite some late-season rides I’ve been doing lately, perhaps, I really am just a fair-weather cyclist after all.

Update: It appears that the other vital East River crossings, including Manhattan, the Brooklyn, and the Queensboro bridges were all similarly covered in slush this morning. And if you read the comments section of this Streetsblog article, some cyclists did take some spills.

While running between my two work sites at NYU, a frozen fire hydrant on Washington Square East made me wonder, “what are we to do in case of a fire?” Also how deep is that freeze?