It’s not just fast food that will kill you, you know?

Since Groupon made a splash a few years ago with meal deals, it seems like there has been a glut of offers for pretty unhealthy meals, especially here in New York City. And it’s not just Groupon. Any number of the “daily deals” sites feature pretty savory but fattening food. Today, for example, Thrillist catalogs twenty-one places where one can munch this weekend. Their featured image is of a burger and fries. Topped with bacon. And an egg. And instead of a bun, there’s a donut. I’m old enough to remember thinking this kind of burger was a joke. But now, I’m tempted to dig in. 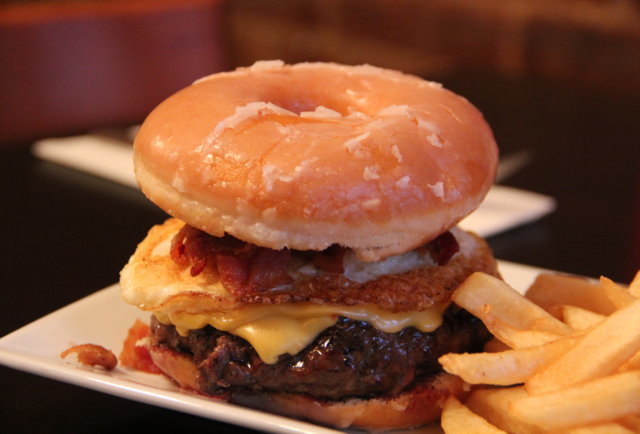 For a long time, I had complained that New York food catered to bland palettes. Living here for over a decade cost me a healthy tolerance for spicy food and can probably never eat at Los Angeles’s Jitlada unless I move west. But since about 2006 or so, there has been an explosion of comfort food. Have you noticed? How many BBQ have opened in the last seven years? Blue Smoke, Fette Sau, Fatty Cue, Mabels, and Hill Country are among the standouts. Have you noticed how easy it is to get chicken and waffles in New York City? And although I do love a good burger, is it possible to get a burger patty smaller than a half pound that is not considered a “slider”?

Can anyone explain the proliferation of these comfort establishments? Has it been to cater to transplants from the South and Midwest? Is it a way to have flavorful food but still cater to these bland palettes? A cheap way to add flavor is to add salt, sugar, or fat. Adding all three would be a flavor explosion, right? And now it’s easier to get a slice of Paula Deen than it is a slice of pizza.