A week after shuttling off to California and riding a Breast Cancer charity ride with my brother, I got on a plane again to ride my bike in a state that is not New York or New Jersey. This week it was the Hilly Hundred, a two-day ride and festival in Central Indiana.

The Weitlaufs began the tradition of riding the Hilly Hundred back in 1981, when two brothers took their bikes from Kentucky to Indiana. The group grew to include their wives, a sister and a few of their children. It became an almost-annual ritual for them. Over the years, the tradition stopped, although one of the children kept the tradition alive by riding each year with his friends.

This year, the family planned to return to Indiana to revive the tradition. I had signed up back in May because the family had discussed returning to the ride, and I figured that if someone not related had signed up, it might encourage the rest of the family to participate. In fact, getting ready for this ride was a a big reason for my riding with the New York Cycle Club STS group and for pushing myself to ride 150 miles to Montauk.

Booked flight to the Hilly Hundred in October. First air travel for a bike ride. http://t.co/XmE1hdVS1w

Having travelled quite a bit, I had become used to getting myself from one place to another, but getting my bike to another state was an entirely different matter. After investigating several options, which I will save for another post, I settled on shipping my bike by train. Three days later, it arrived safely in Indianapolis and from there we drove it to Bloomington, near the start of the weekend’s ride.

Riding in this year’s Hilly were four Weitlauf men, one woman, and me. The first day presented a sizable challenge. A steady rain fell, starting overnight and continuing into the ride’s 9:00 AM start time. Rain in itself is not the end of the world, but every cyclist hates cold rain. I’d rather ride in “30° and dry” than “40° and wet.” But the rain stopped around 10:30, and once the sun started shining, we headed to the ride’s starting point in Ellettsville, Indiana. By noon, we were pedaling on the road. 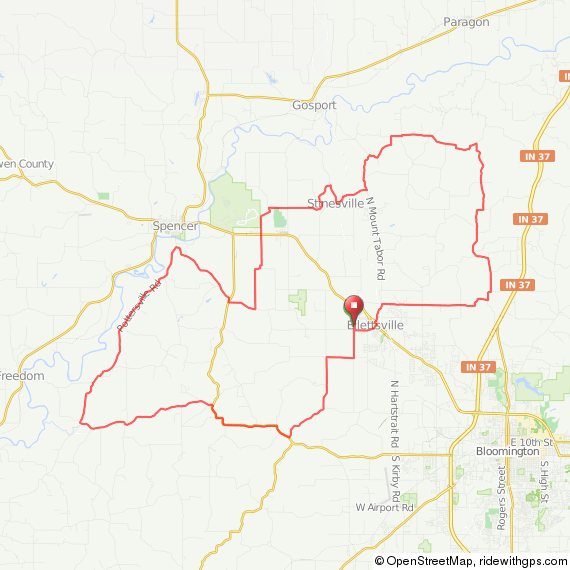 Climbing some of the course’s biggest hills had terrified me. I had read that the Hilly Hundred included some very steep hills, with grades between 15% and 20%, and significantly more challenging than the steepest climb I had done with the club Little Tor and its 10% grade.

But as I rode, it wasn’t as bad as I had thought. Sure, there were some steep hills, but it turns out that those grades were maximum grades. Little Tor, however, was a 10% average grade, and the steepness on that climb varies greatly. It turned out that the hills on the Hilly Hundred were similar to those found north of New York City, in Bergen and Rockland counties, and along the Hudson Valley.

Once I had realized that this ride was as challenging as some club rides, I stopped worrying about the challenge and enjoyed the scenery. There were plenty of signs of autumn: dried out corn fields, trees with brown and red leaves, and fallen foliage sprinkled on the asphalt. It was a much different experience than the previous week’s ride alongside the bays and creeks of Newport Beach, California.

The second day was considerably warmer, even with our starting at 9:30 AM, and the route was considerably shorter: 43 miles versus the previous day’s 55. That made for a much more pleasant ride, even if some of us were still a bit sore. The hills did seem a bit more challenging than the day before. 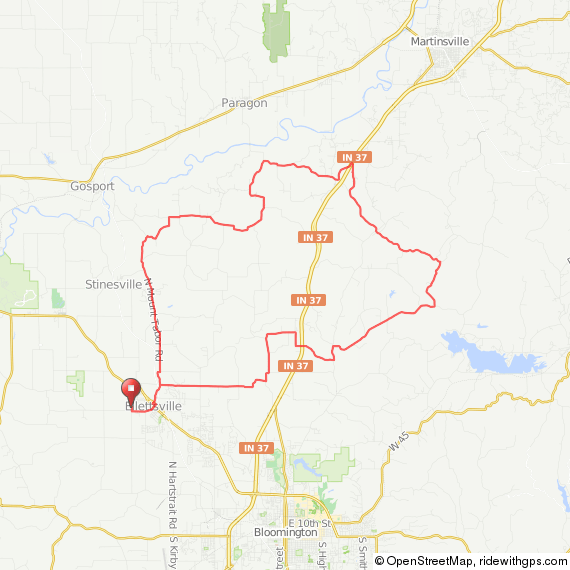 On the first day of the ride, my biggest accomplishment was that I didn’t have to walk my bike up any of the hills. The same remained true on the second day, until the very last big climb of the day: Mount Tabor Road. Although the climb is short, about 0.2 miles, it is a steep 20% grade, requiring you to get out of the saddle. But I jumped off the saddle too early and by the time the hill was steepest, I couldn’t stand up anymore. I ended up walking up like these people, in this photo from 1977.

Riding on consecutive days wasn’t as tough as I had feared. I treated the second day’s ride as a recovery ride and kept my heart rate about ten beats lower than the day before. It also helped that there was plenty of food, such as fried chicken, couscous, quinoa, pasta salad, pumpkin donuts and muffins, ice cream, fresh-picked apples, and apple cider. Also, on the first day of the ride, I had bought a pair of wool Sriracha socks at the vendor tent. Having forgotten to pack any wool socks, these were a great pickup. I’ll treasure them always!

The Hilly Hundred is a great ride. In terms of difficulty, it’s about the same as the full 100-mile route of Escape New York, except that the latter takes place in one day not two. But this was a great excuse to ride with a great group of people and in a place a little different from New York or California.