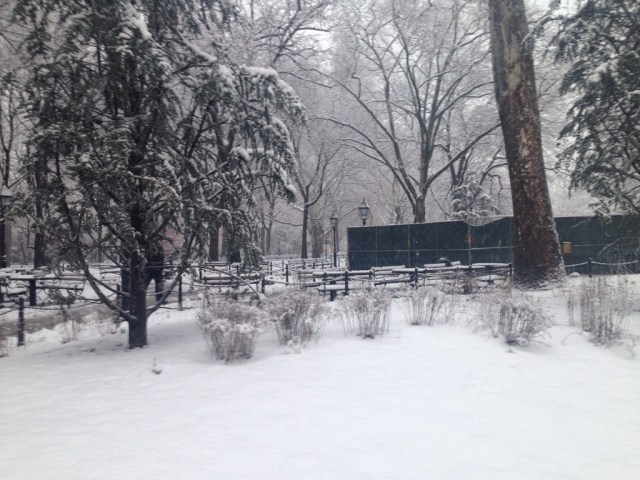 Another winter storm is upon us, and my schools of employment are again responding to the weather.

Unfortunately, Queens College, where I teach an evening class on Mondays this semester, did not close for a few snowflakes, as their emergency webpage emphatically reminded us:

Queens College will be open on Monday, February 3. Please be careful when traveling to and from the college and when walking on campus as the pathways may be slippery.

It usually takes me an hour and a half to travel the eleven miles from NYU to Queens College. The subway portion of the trip is a slog in itself, as the E train starts relatively empty at West Fourth Street but picks up the rush-hour crowd along the way to Queens. And after arriving at Forest Hills, there’s a short but very slow bus ride: it takes about 15 minutes to travel two miles. And after that, there’s a five minute walk from the bus stop to campus. 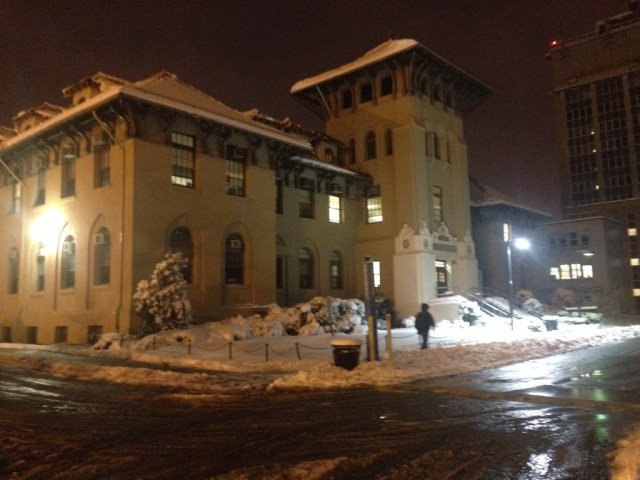 After all my belly aching, it actually took less time than usual. An hour and ten minutes after leaving NYU, I arrived in the winter wonderland that was Queens College.